In a recent Ruling of Winder, J., in the case of The Ontario Securities Commission v Wayne Lawrence Pushka and Bonnieblue Inc. the Supreme Court of the Commonwealth of The Bahamas acceded to the Defendants’ applications for the determination of a preliminary issue, namely, whether the Court has the jurisdiction to entertain an action or a claim to enforce orders of a foreign Court (in this case the Ontario Superior Court), which involved the direct or indirect enforcement of the penal, revenue, or other public laws of that foreign jurisdiction (in this case Ontario, Canada).

The facts of this case concern an action commenced by The Ontario Securities Commission (OSC), as Claimant, against the Defendants, Mr. Pushka and Mr. Bonnieblue, to enforce certain sanctions (by way of a Sanctions Order) issued by the OSC for breaches of Ontario securities legislation. The OSC claimed, inter alia, payment by Mr. Pushkaof the sums of CAD$18,237,047 and CAD$2,175,000, in addition to a declaration that Mr. Pushka is liable to account to the OSC for the sum of CAD$20,412,047. The OSC also sought a tracing claim against Bonnieblue in the proceedings.

In the action, the OSC claimed that between the making of initial findings against Mr. Pushka, by the OSC in 2013 and the determination of the appropriate sanction in 2014, Mr. Pushka, who was at the material time a registrant of the OSC, removed over CAD$13.5Million from Canada, including the transfer of CAD$4.5Million to a trust company in Liechtenstein.

Subsequent to the commencement of proceedings in The Bahamas, the OSC made an “allocation” of the sums sought to be recovered in the proceedings for the benefit of “harmed investors”.

Following a four (4) day trial on the preliminary issue, including the testimony of experts in Ontario securities law, the Supreme Court applied and upheld Dicey’s exclusionary rule (Rule 3(1)), which states:

“…Courts have no jurisdiction to entertain an action (1) for the enforcement, either directly or indirectly, or a penal, revenue or other public law of a foreign State; or (2) founded upon an act of state.”

In reaching its decision, the Supreme Court considered and accepted the modern statement of the aforesaid exclusionary rule, as expressed by the New South Wales Court of Appeal, in Evans v European Bank Ltd. [2004] NSWCA 82.

In response to the preliminary issue, the OSC argued that the sums ordered to be paid by Mr. Pushka under the Sanctions Order stemmed directly from amounts wrongfully obtained by Mr. Pushka from investors in certain investment funds by way of, inter alia, termination and redemption fees. Further, the purpose of the enforcement sought in The Bahamas by the OSC was, pursuant to the “allocation”, to recover and facilitate the return of funds to investors harmed as a result of Mr. Pushka’s breaches of Ontario securities legislation.

Of particular interest are the Supreme Court’s findings that:

Addressing the OSC “allocation” (made after the commencement of the proceedings), Winder, J. made the important generally applicable statement that:

“whether the Order of the Canadian Court is penal cannot, in my view, be a moving goalpost adjustable to suit the vagaries of the jurisdiction in which enforcement is sought.”

It is clear that when asked to determine whether an Order of a foreign Court sought to be enforced involves the direct or indirect enforcement of the penal, or other public laws of a foreign state, the Supreme Court will conduct an objective consideration of all the circumstances of the case. 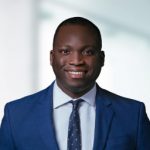 About the Author
Rhyan Elliott is an associate in the firm’s litigation practice group. He has practiced in various areas of civil and commercial litigation and arbitration.

The information contained in this article is provided for the general interest of our readers, but is not intended to constitute legal advice. Clients and the general public are encouraged to seek specific advice on matters of concern. This article can in no way serve as a substitute in such cases.Copyright ©2020 Higgs & Johnson. All rights reserved.

The Partners of Higgs & Johnson are pleased to announce that Ms. Sharmon Y. Ingraham has joined the Firm’s...