It is definitely better in The Bahamas for the asset recovery specialists, as it has a robust judiciary and a myriad of legal avenues available to be utilised by litigants when attempting to recover assets via the court.

The Bahamas boasts of being home to nearly 25,000 International Business Companies (IBCs) and over 270 licensed banks and trust companies, inclusive of some of the world’s top private and global banks; with North American banks utilising the jurisdiction for more than a century, and European and Swiss banks also establishing significant connections with the jurisdiction for more than 70 years. The jurisdiction’s entrenched connections to such major financial centres from around the globe have resulted in a wide range of professional investment and management services being available in The Bahamas; comparable only to those found in the world’s leading financial centers such as New York, London and Hong Kong. As such, The Bahamas is an extremely favourable jurisdiction for investors and those seeking to take advantage of wealth and asset management services, while navigating increased regulations and complex issues of taxation, distribution planning and charitable giving.

As a result of the various tools available to global investors and individuals alike, coupled with the beauty of our archipelagic nation, it is no surprise that persons select this destination not only for investment and vacation; but for many, for the creation of a second home.

Against the foregoing background it is not unusual when disputes occur around the globe, that litigants often find that they have to seek enforcement assistance from the judicial system in The Bahamas. A multitude of mechanisms exist under the Rules of the Supreme Court, which may be used by litigants to recover assets. Liquidations, the appointment of receivers, obtaining interlocutory injunctions, bankruptcy proceedings, garnishee proceedings and writs of execution remain favourites in this space. These types of asset recovery tools are also usually aided by specific legislation.

An interesting development in the realm of asset recovery can be seen in the recent ruling that was rendered by the Privy Council on 29 July, 2019 in an appeal emanating from The Bahamas in the case of AWH Fund Ltd. (In Compulsory Liquidation) v. ZCM Asset Holding Company (Bermuda) Ltd. [2019] UKPC 32. (”AWH case”) This ruling created new international cross-border jurisprudence.

The question for determination in the AWH case was whether a liquidator was able to serve proceedings on a creditor outside of the jurisdiction to prevent, what amounted to a preferential payment. Under consideration was the extraterritorial effect of what is termed “the clawback provision” of section 160 of the Bahamian International Business Companies Act 2000 (the IBC Act). The section provides, inter alia:

The background facts of the case, in summary, were that ZCM Asset Holding Company (Bermuda) Ltd (ZCM), a company resident and incorporated in Bermuda, acquired shares in AWH Fund Ltd. (AWH), a Bahamian IBC company, in January 2002, on behalf of AMEX. In April 2002, ZCM requested, and in July 2002, received payment for the redemption of those shares, three months before AWH went into compulsory liquidation in October 2002. The liquidator successfully applied to the Supreme Court to set aside the redemption payment pursuant to section 160 of the IBC Act and to serve proceedings on ZCM outside of the jurisdiction. This Order was subsequently set aside upon application by ZCM and thereafter, upon application by the liquidator, successfully reinstated by the Court of Appeal. ZCM then appealed to the Privy Council, who upheld the Court of Appeal decision, ruling, inter alia, that it could be implied that section 160 of the IBC Act was capable of having extraterritorial effect.

Further, in this case, the Court found that, at the time of payment to ZCM, AWH must have known itself that it would be insolvent and therefore, the payment could be seen as being one made with the intent to prefer ZCM over other creditors. The Court further held that, while the redemption took place outside of The Bahamas, it related to shares in a Bahamian company. Therefore, where a person voluntarily enters into a transaction, the results of which he becomes a creditor of a company, that person must anticipate that, if the company is wound up, the liquidation may be conducted in the place of its incorporation. The case demonstrates, amongst other things, how far the courts are prepared to go in protecting the rights of creditors against illegal actions.

Along with the possibilities discussed for asset recovery in The Bahamas, there are quite a few pitfalls that litigants should avoid in the quest for successful recovery. The asset recovery process of course, continues to require a team effort by various specialists in the area that are often called upon to work together, such as forensic accounts, multi-lingual attorneys, investigators and the police. Often times, asset recovery efforts are carried out upon an expedited basis, with limited time, which could make a case susceptible to fatal errors. There are also different avenues that persons can utilise in asset recovery and identifying the correct avenue to take is paramount.

Some of the pitfalls that can occur in asset recovery could be recently discerned from a Court of Appeal ruling in the case of The Attorney General v Jonathan Reid and David Valdez-Lopez et al SCCiv App. No.127of2019, which was an appeal from a decision rendered by the Supreme Court in October 2019, The Attorney General v. Jonathan Reid and David Valdez-Lopez et all CLE/GEN/752 of 2017. In summary, this case involved an attempt by the United States Attorney for Washington to restrain substantial funds and the eventual criminal forfeiture of the same to the US. The avenue utilised was pursuant to Mutual Legal Assistance (Criminal Matters) Act (the “MLAT”). The purpose of the MLAT is to provide mutual assistance in the investigation, prosecution and suppression of offences between sovereign states. The foreign state therefore applied through the competent authority of The Bahamas, that is, the Attorney General (“the Applicant”), for a restraint over a Bahamian bank account. The hearing was heard ex parte at first instance, at which time the court granted an ex parte MLAT order, restraining funds in two bank accounts. The application was based upon a large multi-national corporation that was allegedly defrauded of US$2.2 million by persons using stolen identities, a shell corporation and forged fraudulent documentation.

During the inter partes application, the ex parte restraint order was lifted upon the grounds, among others, that the MLAT application was an abuse of process. This was found as the Applicant had attempted to obtain a restraint through both a civil and criminal process, based upon the same facts which the court considered to be an attempt to re-litigate the same issues. Prior to the MLAT application, a similar action was brought by the Director of Public Prosecutions for a restraint order pursuant to section 26 of the Proceeds of Crime Act (POCA). At that time, the court granted both the criminal restraint order and a production order relative to the facts relied upon by the Commissioner of Police. Subsequent to that order being granted, the same respondents in the case had the criminal restraint and protection order discharged for the failure and delay in the mater being prosecuted.

After the criminal case was set aside the Applicant advanced the MLAT request and sought assistance to restrain the same funds which were previously the very same subject of the criminal restraint. Accordingly, the MLAT order was lifted, as it was held, inter alia, that there was not a sufficient nexus between the parties and the original action. The court further found that the original action was also a fishing expedition. The ex parte injunction was therefore discharged and the Applicant applied for a stay pending appeal. The application for a stay was denied by the Supreme Court. As a result, the applicant applied to the Court of Appeal for a stay and for an order that the order granting the discharge of the restraint order be set aside and that the restraint order be reinstituted.

The appeal in this instance was ultimately denied, with one of the main bases for the denial being as a result of the court’s finding that the appellant failed to disclose material that had the potential to destroy the substratum of the appellant’s application, pursuant to the MLAT. The appellant had made an error with respect to the date that the account in the foreign bank was allegedly closed and failed to correct the mistake at its earliest possible opportunity. The Court of Appeal found that this failure to recognise inconsistency in the evidence was not excusable. The court also reiterated the principles of full and frank disclosure by an applicant making an ex parte application, which principles rest upon the foundation of those enunciated in the case of Brink’s-Mat Ltd. v. Elcombe [1988] 3 All ER 188,. In brief, the principles relied upon were:

When the Court of Appeal considered the allegation of non-disclosure against the principles summarized above, it found that the failure of the appellant to bring the issue, as to which date was correct to the attention of the trial judge, was fatal to the application; and that the appellant must suffer the consequences of what flowed from the lapse of the duty to give full and frank disclosure. The Court of Appeal therefore dismissed the appeal against the trial judge’s order to discharge the restraint order and awarded costs to the respondents of the appeal.

Emanating from the recent Court of Appeal and Supreme Court decisions, along with consideration of other topical cases in relation to asset recovery that the authors have been involved with this year; asset recovery lawyers, or potential litigants, when pursuing assets in The Bahamas, would benefit from the following recommendations: 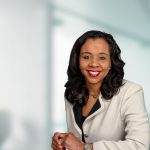 Tara Archer-Glasgow is a highly experienced Dispute Resolution lawyer with more than 20 years of legal experience in all aspects of commercial litigation, with a particular focus on banking and compliance, employment, company law and admiralty law. 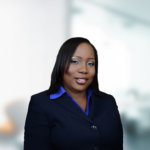 Sharon Rahming-Rolle serves as a Senior Associate in the firm’s Litigation practice group with experience in general litigation, asset recovery, intellectual property and conveyancing and mortgages.

The information contained in this article is provided for the general interest of our readers, but is not intended to constitute legal advice. Clients and the general public are encouraged to seek specific advice on matters of concern. This article can in no way serve as a substitute in such cases. Copyright ©2021 Higgs & Johnson. All rights reserved.