The reader may be familiar with the common law concept known as the rule against perpetuities (and sometimes less formally called the rule against dead hand control) which invalidates future interests in property which vest too remotely.

The Rule Against Perpetuities (Abolition) Act, 2011 (the “RAPAA”) which came into force in The Bahamas on 30 December 2011 abolished “the rule against perpetuities” (which is defined by that statute as including “the rule of law prohibiting trusts of excessive duration and any rule of law restricting the period during which income may be accumulated”) in respect of dispositions of an interest in property made on or after 30 December 2011.

For dispositions of an interest in property made before 30 December 2011, (i) the RAPAA does not automatically dis-apply the rule against perpetuities; and H(ii) an application may be made to the Supreme Court by petition under section 4 of the RAPAA for an order declaring that the RAPAA shall apply to the disposition.

Earlier this year, the Supreme Court of the Commonwealth of The Bahamas delivered a judgment on an application made under section 4 of the RAPAA which has been reported at [2021] 1 BHS J. No. 3.[1] This is understood to be the first reported judgment which gives detail consideration to section 4 of the RAPAA. Higgs & Johnson acted for the applicant trustees.

The facts of the case were, in summary, that:- The assets of a pre-30 December 2011 settlement (i.e. the “A Settlement”) were subject to the perpetuity period applicable to an earlier settlement and the trust period was set to expire in 2026. The co-trustees of the A Settlement sought to abolish the rule against perpetuities insofar as it applied to that settlement to provide the trustees with additional flexibility in their administration of the settlementand to enable the trustees to continue to advance the interests of the beneficiaries, a number of whom were entities established to pursue charitable causes/purposes.

In considering the exercise of its discretion under section 4 of the RAPAA, the Court had regard to Bermudian jurisprudence concerning comparable legislative provisions and expressed its approval of the following principles:

On the facts before it, the Court found that the reasons for dis-applying the rule against perpetuities on the facts of the case were sufficiently compelling to make it appropriate to make an order under section 4(1).

The Supreme Court has now provided clear guidance to trustees on the approach that it will take when presented with an application made under section 4 of the RAPAA. Trustees that are desirous of making such an application should ensure they are able to provide good reasons for dis-applying the rule against perpetuities. 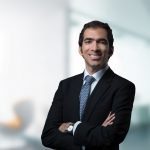 About the Author
Jonathan Deal is an associate in the firm’s litigation practice group. His practice focuses on complex trust and estate advice and litigation, and commercial law.