With the many negatives that COVID-19 has and continues to leave in its wake, it is imperative for countries such as The Bahamas to derive as many positives from this period as possible. In the wake of COVID-19, The Bahamas is presented with an opportunity to: use the current halt in global air travel as a time wherein it can re-think, clarify and/or re-direct its international aviation policy. It behooves The Bahamas, to wisely use this halt in global air travel (which perhaps is a once in our lifetime opportunity) in advance of when it resets full-on air travel to and throughout The Bahamas.

The rapid spread of the deadly COVID-19 virus was no doubt aided to a great extent by the well-developed and highly patronized vast global air travel network pre-COVID-19. According to Statista, in 2019 alone, the global airline industry recorded the boarding of over 4.5 billion scheduled passengers. As a result of a delay in ascertaining the highly communicable nature of covid-19, the virus was not immediately designated by ICAO States for the purposes of regulating effective measures for the sanitation of aircraft to limit or prevent its spread. As a result, global air travel performed as normal and unabated. In turn, in only approximately three (3) months, the vast majority of the world’s nations were reporting cases of COVID-19, at a speed only rivalled by and achieved from the likes of the very same jet-powered modes of modern global air travel.

In 1918, the last time that the world experienced a global pandemic of the proportions of the current covid-19 pandemic (Spanish Flu), international commercial aviation was still yet a fledgling. No more than five (5) years prior to the 1918 Spanish Flu, was the first commercial airline involved in just demoing its flight capability. After that, it would be several more decades, to the 1950s-60s, before air travel became common place and therefrom steadily make increases and become more common place year on year. As such, it is important to note the novelty of the COVID-19 induced global aviation shutdown which was brought about by States imposing travel bans along with airspace and border closures for public health and safety reasons. This remarkable shutdown which brought global air travel to a grinding halt, was evidenced by airport closures, cancellation of flights, and huge airline furloughs to an extent never before witnessed in the airline industry. On the 10th March 2020 the International Civil Aviation Organization (ICAO) and the World Health Organization (WHO) published a joint statement regarding the COVID-19 outbreak outlining updated advice regarding the virus and civil aviation.

Upon becoming an independent nation in 1973, specifically in the first five (5) years of doing so, one is able to deduce a clear and identifiable policy of The Bahamas at that time to re-think, clarify and/or re-direct its international aviation policy. The Bahamas achieved this by succeeding to a number of multi-lateral air law instruments, namely: 1929 Warsaw Convention, 1944 Chicago Convention, 1961 Guadalajara Convention, 1963 Tokyo Convention, 1970 Hague Convention, 1947 Convention on the Privileges and Immunities of the Specialized Agencies, and 1944 International Air Services Transit Agreement.

Since this period in its history, The Bahamas’ record with its international aviation policy has not been as robust. In particular, since then, it has acceded to only two (2) multi-lateral air law instruments, namely: 1971 Montreal Convention and 1991 Convention on Plastic Explosives in 1984 and 2008 respectively. Although, the Bahamas became a signatory to the 1999 Montreal Convention on the 28thMay 1999 it has refrained for more than twenty (20) years from ratifying the same, which remains without force in The Bahamas.

The 1999 Montreal Convention is an international air law treaty concerned with passenger claims. As this treaty is not limited to affording rights and obligations to only state actors or entities with international legal personality, it is required to have domestic effect to be enforceable for such purposes. As The Bahamas is a dualist and not monist State, an international treaty does not acquire domestic effect upon its signature alone, but rather requires approval and incorporation through domestic legislation by its Parliament.

The above highlights two (2) instances with multi-lateral treaties which call for The Bahamas to re-think, clarify and re-direct its international aviation policy. While this short piece addresses multi-lateral treaties, it is important to note that there are also bi-lateral arrangements which give The Bahamas an opportunity to update its international aviation policy.

In closing, upon the backdrop of a global picture, which at present, appears dim, this author finds it helpful to lift up the illuminating words of renown novelist Margaret Drabble, “when nothing is sure, everything is possible!” In that context, though these times are surely unprecedented and fraught with uncertainty; even still it is imperative for The Bahamas to draw a precedent of re-thinking, clarifying and re-directing its international aviation policy from its earlier self to a certain end of deriving a benefit from our present circumstances. 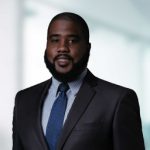 About the Author
Keith O. Major, Jr. is an associate in the firm’s litigation practice group. His practice includes matters relating to aviation, asset recovery and general civil litigation.

Tara Cooper Burnside is now one of ten women in The Bahamas to attain the designation of King's Counsel.

Manage Cookie Consent
To provide the best experiences, we use technologies like cookies to store and/or access device information. Consenting to these technologies will allow us to process data such as browsing behavior or unique IDs on this site. Not consenting or withdrawing consent, may adversely affect certain features and functions.
Manage options Manage services Manage vendors Read more about these purposes
View preferences
{title} {title} {title}