Over the last five (5) years in particular, the domestic Bahamian aviation landscape has seen numerous and much welcomed modernizations. The introduction of new aviation related legislation, either entirely repealed or replaced in part, predecessor legislation and has driven the majority of the recent modernizations in the aviation sector. The most recent spate of modernizations began in 2016, with the passage of the Civil Aviation Act, 2016 (“CAA2016”).

Subsequent to the CAA2016, in 2017 the Bahamian aviation landscape was once again modernized with the introduction of the Schedule 27 rules which governed drone operations in The Bahamas. As a result of drones becoming increasingly popular and common place in today’s aviation space, many state aviation regulators around the world have had to make such adjustments. The need to provide adjustments with respect to drone regulations is predicted to continue as the sector continues to evolve, and become even more mainstream.

2019 witnessed the further expansion of the Bahamian aviation landscape by the passage of the Aircraft Accident Investigation Authority Act, 2019 (“AAIAA2019”). Chiefly, the introduction of this legislation served to separate the function of investigation of aircraft related incidents out of the civil aviation authority into a new independent authority known as the Aircraft Accident Investigation Authority (“AAIA”). The AAIA, which now operates under the Ministry of Transport and Local Government, was first established as a separate entity within The Bahamas’ civil aviation authority known as the AAID in 2016.

By way of the AAIAA2019, the AAID was transformed into a separate and autonomous authority in December 2019, now known as the AAIA. The AAIA continues to investigate aviation accidents and incidents to determine what transpired and to make recommendations geared towards improving safety. The AAIA is governed by a four (4) member board (commissioned in July 2020), and is provided with direct state funding to address its mandate. In furtherance of its mandate, the AAIA has entered into various Memoranda of Understanding with key assets and stakeholders in aircraft accident investigations, which all clearly outline the framework of assistance obligations.

In February 2021, in exercise of the powers provided under the AAIAA2019, The Minister responsible for the AAIA promulgated the Aircraft Accident Investigation Authority Regulations, 2021 (“AAIAR2021”) which detail the rules governing every aspect of aircraft investigations including but not limited to: (i) accident reporting; (ii) the form and conduct of investigations; (iii) powers of accident investigators (iv) preservation of wreckage and records; and (v) preliminary and final accident reports.

CAA2021 repeals and replaces the CAA2016 in its entirety. It also provides for: (i) extra-territorial effect of the CAA2021; (ii) the creation of a registry setting out each locally registered aircraft; and (iii) detailing of the classes of aviation persons and / or operations which require licensure, permission or certification under the new CAA2021. With respect to matters of private law, the CAA2021 makes provision for the statutory assigning or non-assigning of liability (through immunity) with respect to trespass, nuisance and damages claims against aircraft owners vis a viz aircraft operators. Of considerable note is the fact that the CAA2021 introduces a new statutory discretion in favour of the Director General of the Civil Aviation Authority to authorize the registration of an aircraft privately owned by a person (other than a Permanent Resident of The Bahamas) or corporation of another State. However and perhaps most innovatively, the CAA2021 includes for the first time in Bahamian aviation legislation, statutory footing for the Minister responsible for civil aviation to promulgate subsidiary legislation regulating spaceflight or sub-orbital flight.

CAABA is a new introduction to the Bahamian aviation landscape which provides for the continuation of the civil aviation authority which was initially established under the CAA2016 and now known as the Civil Aviation Authority Bahamas (“CAAB”). Under the CAABA, the CAAB is mandated to expand its public registries from only a listing of all aerodromes in The Bahamas to also setting out: (i) every application for and grant of an aviation license, permit or certificate (inclusive of an Air Operator Certificate); (ii) all civil aircraft registered in The Bahamas; and (iii) every exemption granted under the CAA2021.

Additionally, as provided for under the CAA2016, the CAABA (with enhanced provisions) mandates the CAAB to maintain a record of interest in civil aircraft registered in The Bahamas. The CAAB is set to be governed by a three (3) to six (6) member board, and authorized to receive funding from parliamentary allocations, the imposition of fees and charges or borrowing. Of particular note is the statutory immunity provided to officers and employees of the CAAB and the statutory establishment of Ministerial responsibility with respect to search and rescue operations in the event of an aircraft accident or aircraft in distress.

BANSAA facilitates the full separation (versus functional separation) between the now autonomous air navigation service provider: Bahamas Air Navigation Services Authority (“BANSA”) and the CAAB, the aviation regulator which is responsible for safety oversight. This is a move which this writer has always supported[1]. The BANSA is set to be governed by a three (3) to five (5) member board, and authorized to receive funding from parliamentary allocations, the imposition of fees and charges or borrowing. While the detention of aircraft was previously provided for in the now repealed CAA2016, the introduction of statutory liens is another new comer with respect to Bahamian aviation legislative provisions. Under BANSAA, the Director of BANSA is empowered to enter a statutory lien in respect of any aircraft regarding any portion of a service charge or late payment penalty imposed under BANSAA, which remains unpaid by its due date.

Particularly, worthy of mention in relation to the BANSAA is the mechanism set out therein for the establishment and collection of overflight fees with respect to The Bahamas’ airspace. The collection of overflight fees has become increasingly popular in recent years; while there has been tangible progress, it remains an area under active discussion between The Bahamas and the United States of America and their respective governments.

On 25th March 2021, the Senate of The Bahamas passed the Airport Authority (Amendment) Bill, 2021 (“AAAB”) one day after it was passed by the Bahamian House of Assembly on the 24th March 2021. Once assented to by the Governor-General and coming into force, the AAAB will facilitate the government’s acquisition of the Grand Bahama International Airport (GBIA), which until acquired by the government is owned by Hutchison Ports and the Grand Bahama Port Authority (GBPA). An additional effect of the AAAB, once it comes into effect, is also that the local Airport Authority’s mandate and number of airports, for which it is charged with responsibility, will increase to thirty (30).

New regulations and guidance materials, which replace the now outdated civil aviation regulations and schedules (repealed by the CAA2021) were promulgated on 25th March 2021 by the Director General of the CAAB. These new regulations and guidance materials cover civil aviation matters including but not limited to definition and measurements, environmental impact, airworthiness, search and rescue, aerodromes, licensing and registration of aircraft, and remotely piloted aircraft operations.

In closing, the 2021 compendium of aviation legislation along with the other new 2021 legislative amendments and regulations take off from all of the previous progressive advancements made in the local aviation sector stemming from the CAA2016; and lands The Bahamas even further as relates to the state of global aviation legislation in the 21st century. 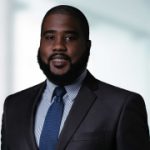 The information contained in this article is provided for the general interest of our readers, but is not intended to constitute legal advice. Clients and the general public are encouraged to seek specific advice on matters of concern. This article can in no way serve as a substitute in such cases.
Copyright ©2021 Higgs & Johnson. All rights reserved.